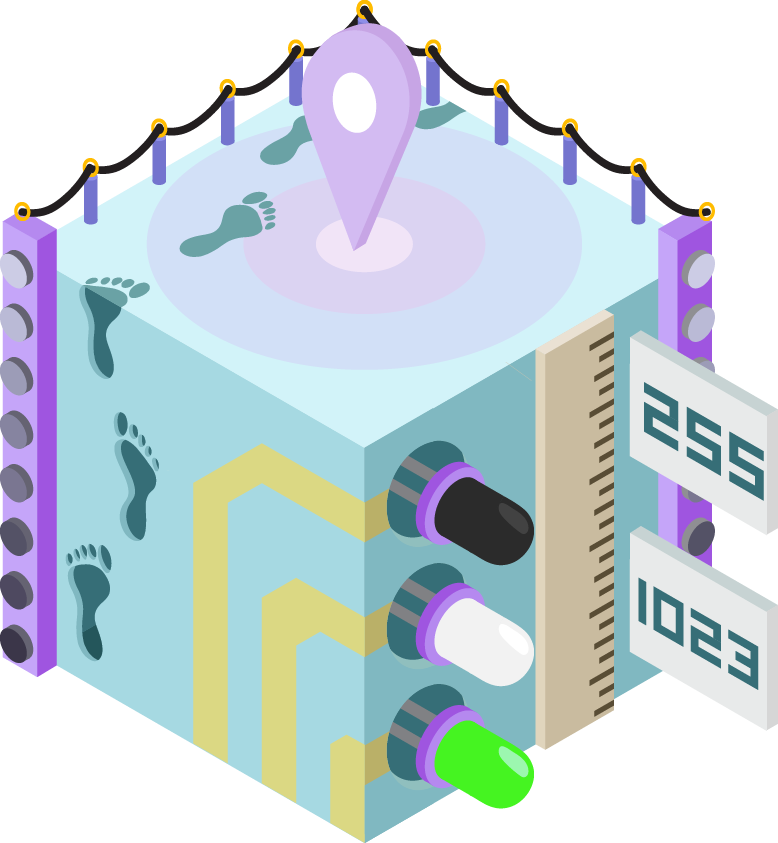 In this project, you will be making a distance sensor using a phototransistor (IR receiver), IR emitter, and an LED whose brightness will be adjusted based on how long the distance is from an object to the IR receiver and IR emitter pair.

Total estimated cost: $8.66 per member
If reusing Arduino/MiniUSB/Breadboard: $1.36 per member

The basis of this project is the interaction between two interesting and useful electronic components:

This can be seen in the image below: 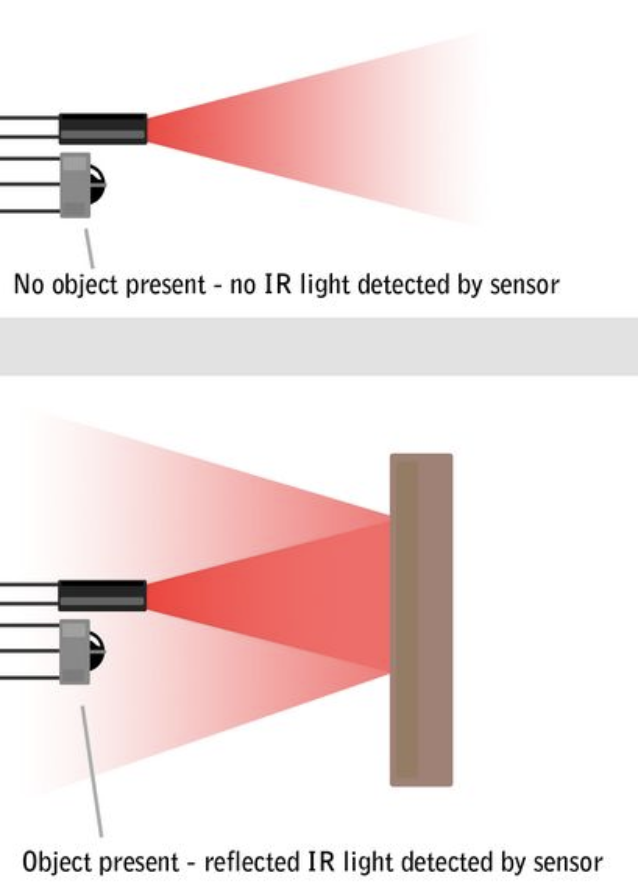 By designing our Arduino circuit properly, we’ll be able to tell when an object is in front of our Distance Sensor! 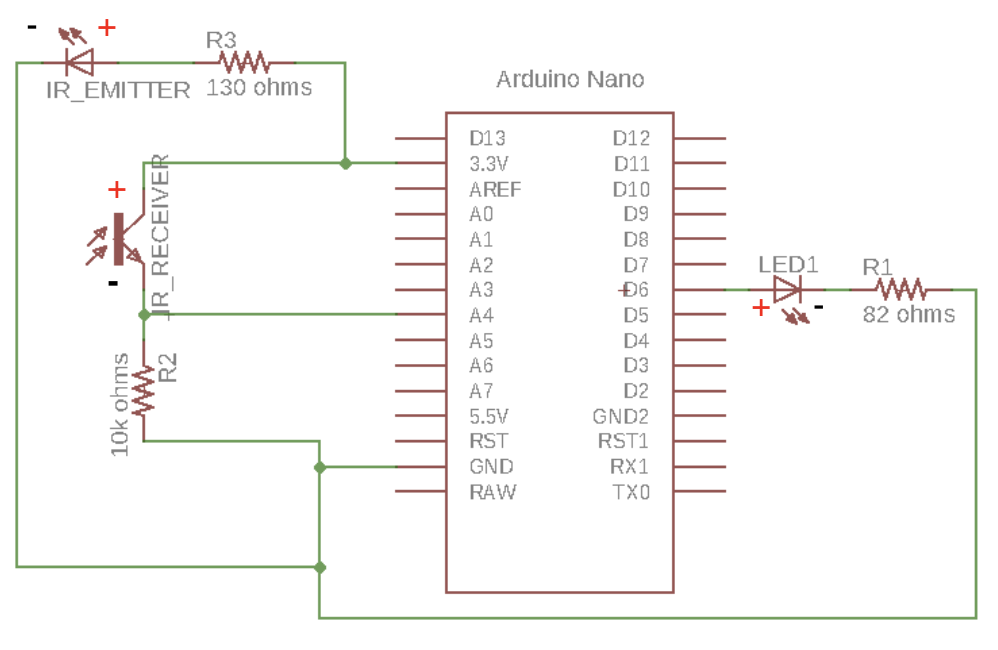 In order to get best results, make sure your IR LED and IR Receiver are located as close as possible to each other. Another thing to be wary of is the polarity of these various components, as they differ from regular LEDs. A summary is listed below:

For the programming portion of this checkpoint, you will need to print out the value read by the IR Receiver to the serial monitor. As the object gets closer, the value that is read should increase.

By nature of the way we have set up our IR pair, there is noise, ambient IR light that is picked up despite no object being present. In order to account for this, we would like to get a new “zero” value by taking the average background value from our IR Receiver over 100 samples.

An example code snippet is provided below:

With this in mind, here are the main steps involved in our Arduino program:

Project Completion:
Show your fully functioning Distance Sensor, where the LED’s brightness smoothly scales from zero to full brightness as an object gets closer.

In order to solder this project, you will need a perfboard, female headers, and a soldering station in addition to the parts listed in the Parts List section.

Here are some questions you can use to test understanding of the concepts involved in the Distance Sensor project: